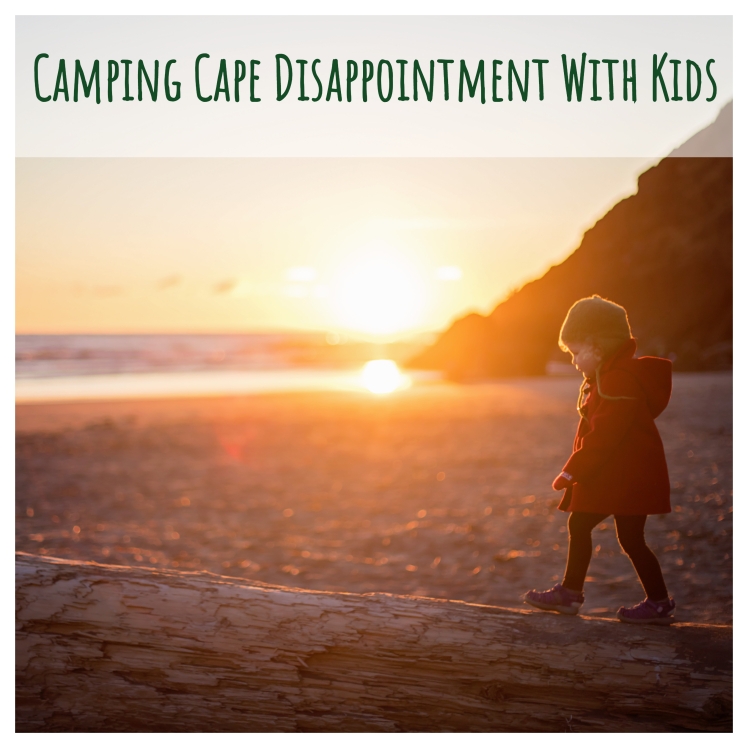 Earlier in the year, my husband and I discussed taking the girls camping over the summer. Right away, I started to look up different campgrounds around Washington State and two of the most popular sites were Kalaloch (which ended up being our first camping trip back in July) and Cape Disappointment. Both were known for their beautiful views and both took reservations. I love any excuse to be by the ocean so I hurried and booked a camping site for a weekend each in the summer.

Kalaloch was such a success and we were excited to take our girls to the next camping site at Cape Disappointment a month later. This time we only stayed 1 night, but it was still a really great trip.

Cape Disappointment has such a funny name for how beautiful the area is! I looked it up and according to the state park’s website, the cape was named by English Captain John Meares in 1778 who came to the area but was unable to find the entrance to the {Columbia} river. In 1792, American Captain Robert Gray crossed the river’s bar and named the river “Columbia” after his ship. Then, in 1805, the Lewis and Clark Expedition arrived at Cape Disappointment after completing their 18-month journey. It’s a very historical area and we really enjoyed learning more while we were there.

We booked our campsite online back in March (spots fill up quickly for summer!). The campground is part of a state park and has a wide variety of campsites (including yurts that you can rent out! That would be so fun to try sometime.).

Our campsite was specifically for tent camping and had no hook ups. We stayed at site 166 at Campground C. It was an amazing site! It was much bigger than our site at Kalaloch and offered plenty of room for the girls to safely run around while we set up the tent and got dinner ready. Right behind our site, past the huge wall of driftwood, was the ocean! While we couldn’t see it very well, we could definitely hear it and I loved going asleep to the sound of the waves.

We had a fairly simple dinner of beef and veggie kabobs and then headed down the trail to check out the beach.

The beach was beautiful and had plenty of driftwood to play on. My only concern was all the little sand fleas or flies that seemed to be jumping all around us. They seemed harmless and none of us got any bites (but we were also completely bundled up for the evening). I never did figure out exactly what kind of bugs they were, but it was a bit unsettling seeing them hopping around us as we walked.

And of course, we finished our evening strong by making plenty of s’mores. 🙂

The next morning after we packed up everything at our campsite, we drove down to a little beach called Waikiki. It was a bit chilly, even with it being August, so we made sure to wear long sleeves (although there were several locals in swimsuits swimming in the water too). The girls loved playing in the sand and in the little stream of ocean water. There were no sand fleas or whatever those bugs were and would be such a great place to bring a picnic lunch! 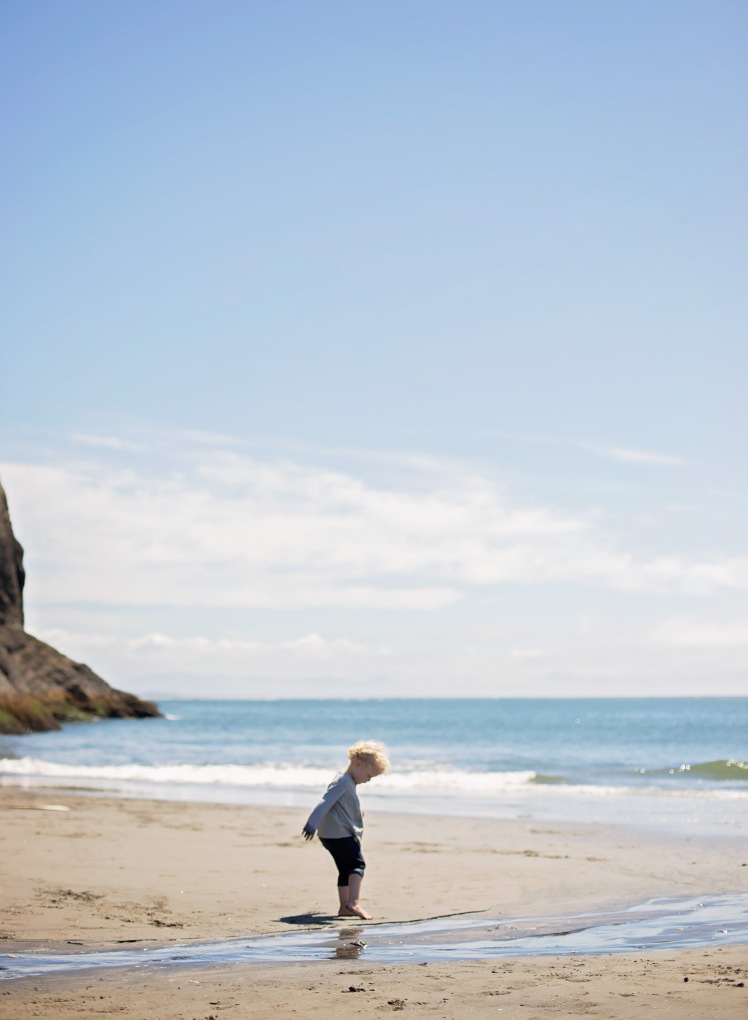 After the beach, we met up with some friends over at the Interpretive Center. Right outside are some old WWII bunkers that the kids loved running around and exploring. The center itself was great and had little interactive stations for kids throughout.

I had really wanted to hike from the Interpretive Center to Cape Disappointment Lighthouse, but the women working at the front desk highly discouraged us from going after explaining how difficult of a trail it could be (especially with kids) and the lack of pretty views. So, we decided to drive over to North Head Lighthouse instead and take a much shorter walk down to there.

Unfortunately, the parking lot was very crowded and Aaron left us at the head of the trail while he circled around to try and find parking. We also happened to leave our jackets in the car and it was much cooler at this point high on the bluff! So what should have been a leisurely walk enjoying gorgeous views of the coast, ended up with me trying to calm down two very cold and tired kids who didn’t want to walk much more at that point.  Oh well. The lighthouse and views were still beautiful and next time we’ll make sure to be better prepared with jackets!

Overall, we had a really great time. It was a wonderful campsite and we also loved being able to meet up with friends while we were in the area!

What are some of your favorite places to camp with kids? Any other WA campground recommendations that we can try out next summer?