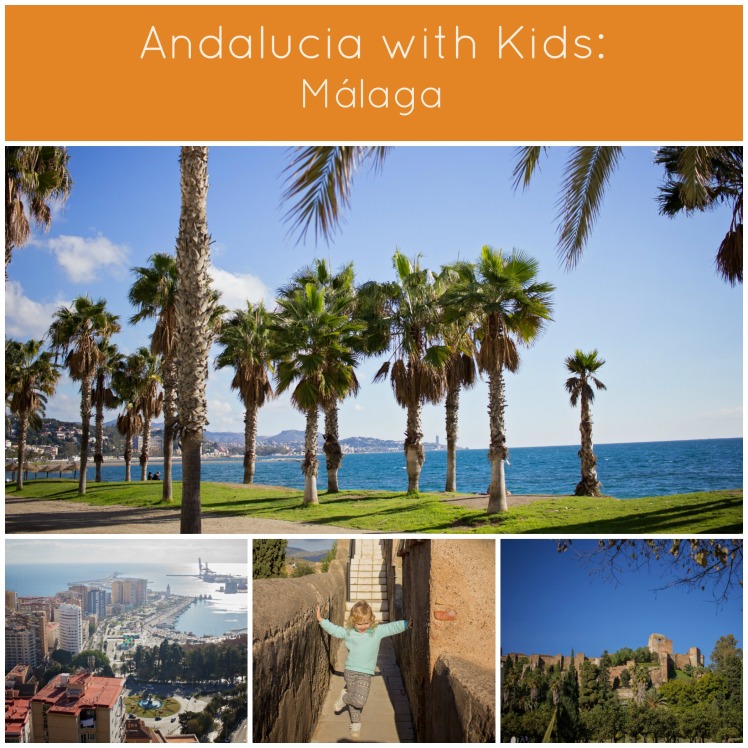 The day after Gibraltar, we headed to Malaga to explore the city.

Our first stop was walking down to the beach while we waited for restaurants to open for lunch. It definitely wasn’t the nicest or most scenic beach, but it was still great to see the ocean again and our girls had a blast collecting tiny seashells and skipping pebbles on the water.

Afterwards, we headed over by the Roman Theatre where there were many cute little restaurants. We ended up getting tapas at one of them (I wish I could remember the name! The quesadillas were amazing.) and enjoyed the beautiful weather while we ate outside. 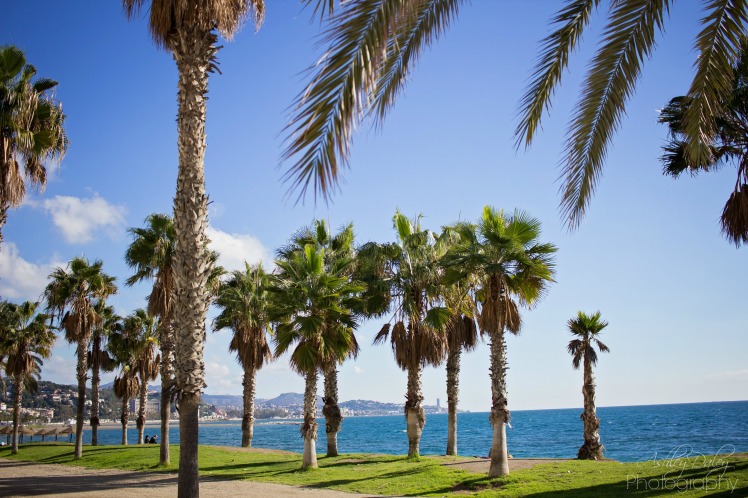 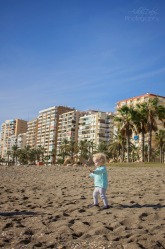 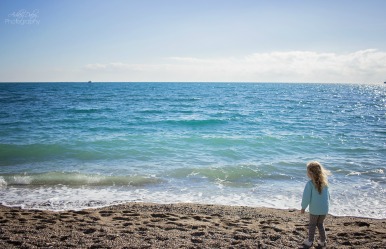 We had been told that there was a market in Malaga on Tuesdays (the day we were there), so we checked that out, but were a bit disappointed with the selection (We had just recently gone to Strasbourg for their Christmas markets though, which are a little hard to beat).

We walked around for a little while, checking out the city, before deciding to climb the hill up to the Castillo de Gibralfaro. It was quite the walk, especially pushing a double stroller, but the views were fantastic! 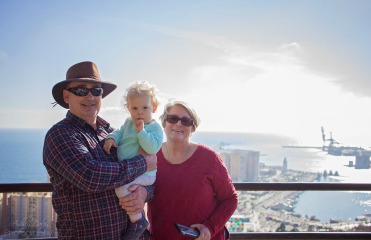 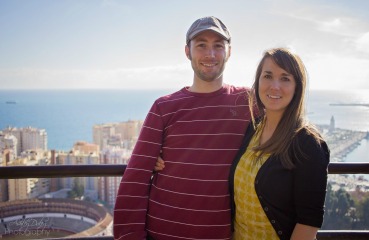 Once we were up there, we enjoyed walking around the walls. We didn’t have too much time and the stroller limited our exploring a bit (we didn’t go inside at all), but it was still nice to visit.

The castle was built in the 14th century to protect the Alcazaba. It has two lines of walls and eight towers. There’s an upper area of the castle (which we visited) that has the main courtyard and an information center that tells the history of the castle and the lower area which has the barracks for the troops and stables.

Visiting the castle was the perfect way to end our afternoon in Malaga! 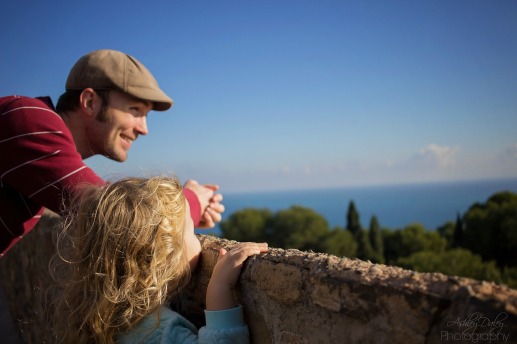 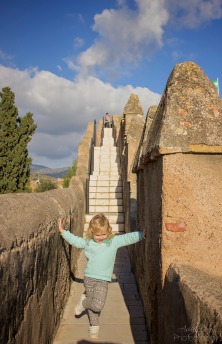