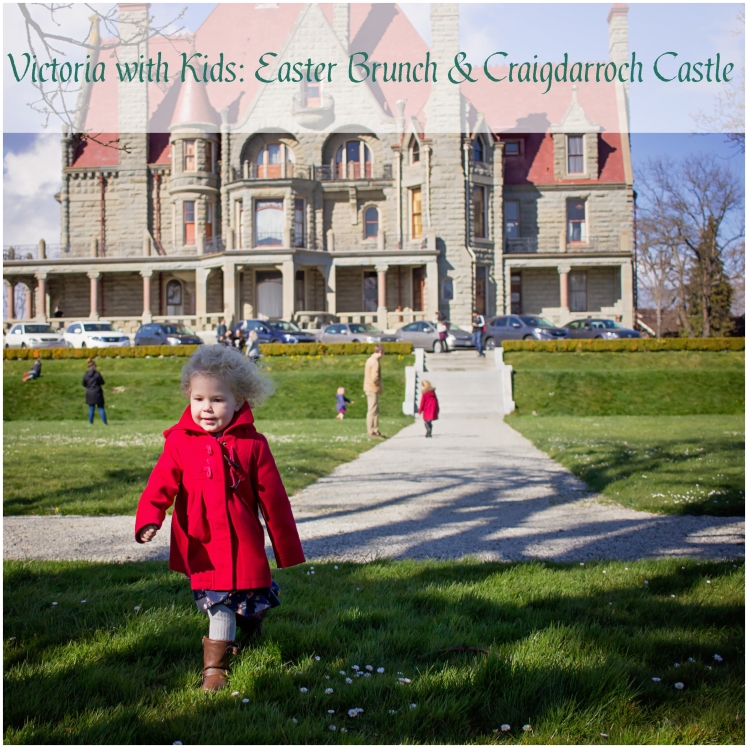 We spent Easter Weekend in Victoria B.C. and loved it! When we woke up on Sunday morning, our girls were met by a few little surprises by the Easter Bunny (including some new dresses) and a little Easter egg hunt in our hotel room.

We then quickly got ready and headed over to an Easter service at Christ Church Cathedral (the church we usually attend, The Church of Jesus Christ of Latter-day Saints, was doing a broadcast that weekend that we watched at a later time). The cathedral was beautiful and construction began on it in the early 1900’s (you can read a more in-depth history here).

After a quick stop at the playground across from the church, we headed over to Easter Brunch at the Hotel Grand Pacific. We weren’t sure if our girls were quite old enough for High Tea, so this was a good way to still have a nice meal that was also kid friendly. The food was amazing and we ended with dessert and {herbal} tea. 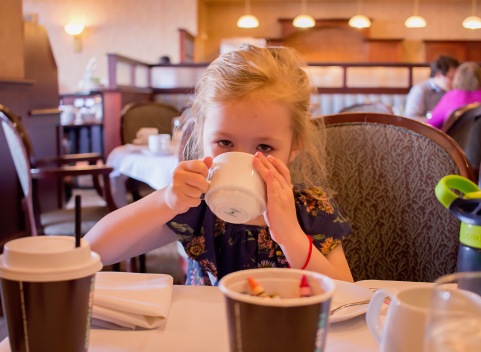 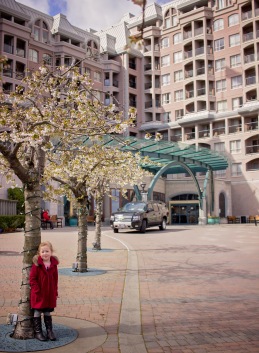 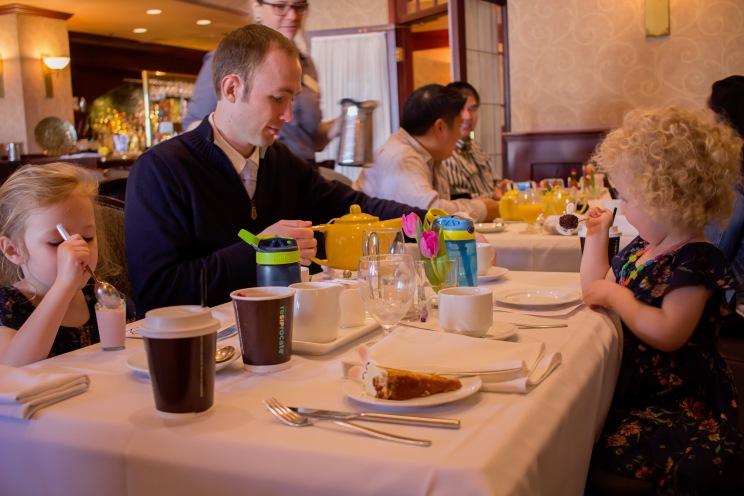 Yummy dessert after a fantastic brunch!

After lunch, we hopped on a local bus to Craigdarroch Castle.

The castle itself has an interesting history. It was originally built in 1890 for the Dunsmuir family, but Mr. Dunsmuir passed away just over a year before it was completed. Mr. Robert Dunsmuir and his wife, Joan, were originally from Scotland and had moved out to British Columbia with their first couple of kids in 1851. Robert started a coal company with his two oldest sons and then a railway business and quickly became one of the richest men in Victoria. 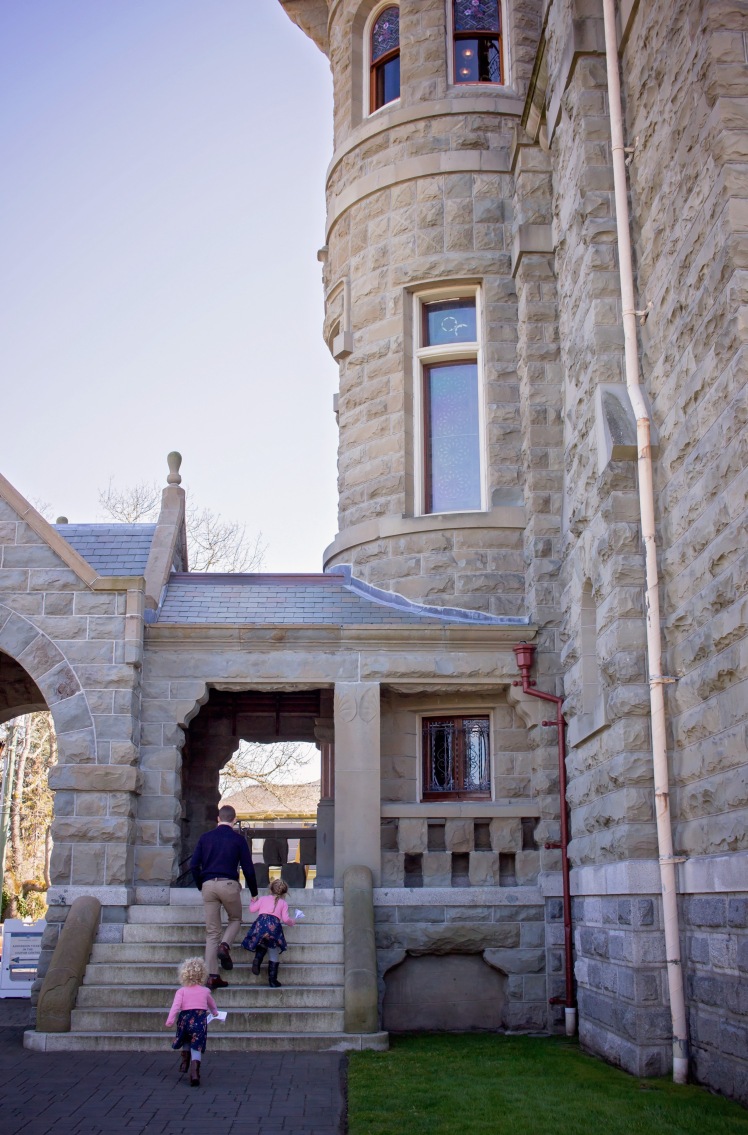 He went on to begin building Craigdarroch and his wife and kids lived there after it was built. The family itself was full of drama that could definitely hold its own next to the Granthams at Downton Abbey. 😉 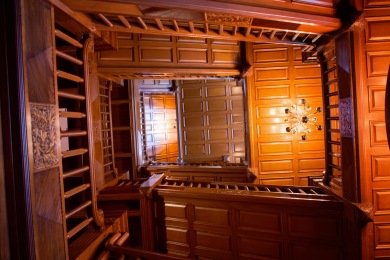 Such a beautiful staircase! 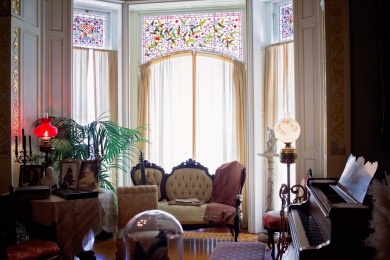 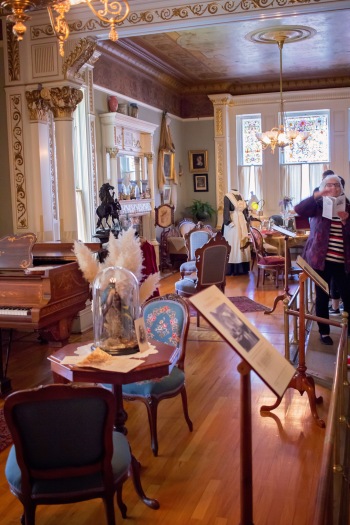 After Joan Dunsmuir’s death, the estate was sold to a man who subdivided the property into building lots. Eventually, the castle ended up being used as a military hospital, a college, and a music conservatory, until finally coming into the hands of the Craigdarroch Castle Historical Museum Society.

The society has fixed up the castle to appear as it would have when the Dunsmuirs lived there (although there are still signs of it’s military days in one of the bathrooms). They’re actively working on more restoration and it was so interesting walking through the house as it could have appeared back in the 1890’s. 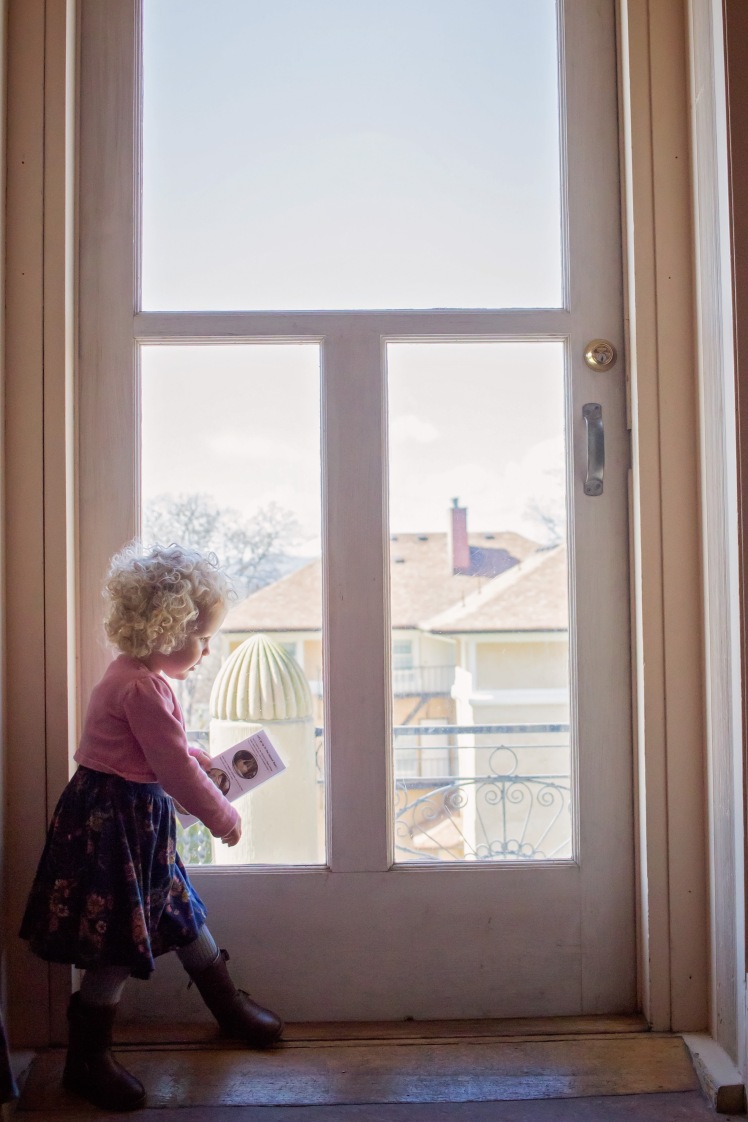 When we first arrived, we headed into the visitor’s center next door and got our tickets and a fun Search and Find and also an April Fool’s activity for the kids. We also made sure that our girls used the bathroom while we were in there as there are no bathrooms inside the castle (Even after this, I still had to run a certain three year old back to the bathroom at one point during our visit).

We entered into the castle and followed the prompts in our guide as we walked around. We basically explored one half of the house continuously going up the stairs and then came down a second stairway to explore the other side of the house. Our girls are getting old enough now to where it doesn’t really matter, but it definitely wasn’t stroller friendly (they had us store our stroller at the visitor’s center which was really nice).

The rooms in the castle were beautifully made up and one could easily imagine life as it was for the Dunsmuirs. The girls enjoyed their different activities and while it wasn’t a chateau, it was still nice touring a castle again like we used to do often in Europe. 😉 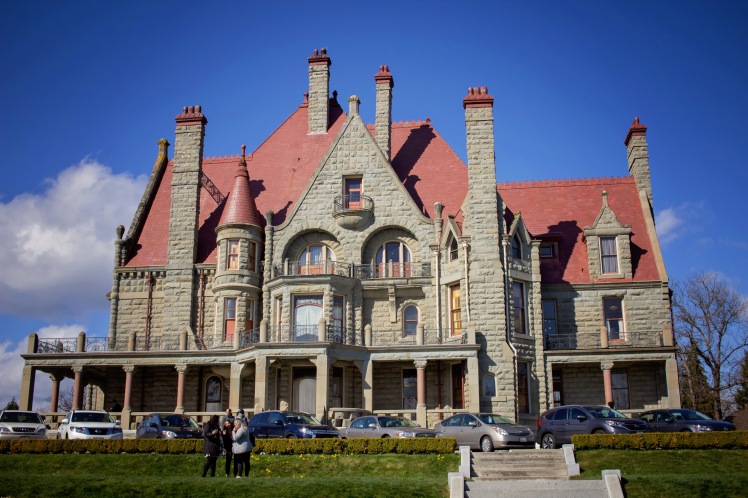 Craigdarroch had plenty of history offered throughout and it was very interesting learning about the original family and the different outcomes of the castle throughout the years. My favorite rooms were probably the breakfast room and the library (wouldn’t it be so cool to have a whole room of books? Or is that just me…?). 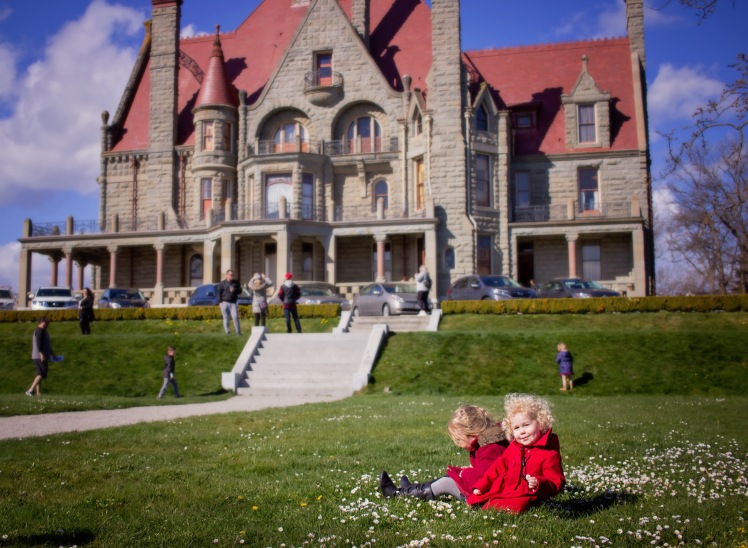 I also loved walking out and behind the castle and being able to behold all of its splendor. It’s a beautiful building and we loved looking at it in the background as our girls ran around on the grass.

Overall, I prefered the gardens we had visited the day before a bit more, but the castle is still definitely worth a visit if you’re in Victoria. It was a nice way for us to end our Easter day in the city.

Thank you so much to Craigdarroch for sponsoring this post!