We went to Provins December 12th for their Medieval Christmas Festival. Provins is a UNESCO World Heritage Site and dates back to the Middle Ages.

Provins is most well known for it’s well-preserved medieval walls around the town and the Tour Cesar in the middle of town.

During the 12th century, Provins was known for being a wealthy, commercial town. It was conveniently located between routes to the North Sea and routes going south to the Mediterranean Ports.

Provins was known for it’s excellent treatment of merchants and increased safety measures. As soon as merchants reached the borders, they would be escorted safely inside the town. They also had special fair guards and lieutenants to help keep order during the fairs.

Today Provins is a normal town where people live and work. The houses are mostly beautiful old half timbered homes and one can easily imagine what it would have been like living there back in the Middle Ages. 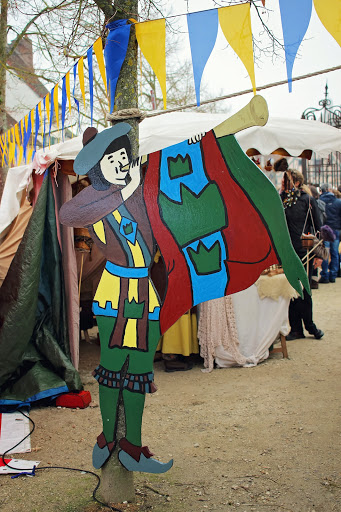 We were fortunate enough to hear from a friend about a Medieval Christmas Festival that would be happening the 12th and 13th of December in Provins. We weren’t entirely sure what we were getting ourselves into, but it sounded fun so we headed out on the 12th to check it out. Luckily, Provins is only a little over an hour drive from Paris.

I’ll be honest, I was expecting a lot more of a Christmas-y feel, but it was still a lot of fun! Lots of people were dressed up for the time period and many merchants were selling items to help others dress up if they wanted to as well.

There were musicians and dancers walking around town performing and also opportunities to buy food made with medieval recipes.

We had a blast walking around and taking in the sites. My favorite was a man dressed up with his reindeer (see the photo below).

There were many activities as well that one could participate in. They had a children’s area with medieval games. London had a lot of fun checking them all out. We also watched a blacksmith make some small souvenirs and later witnessed a duel. 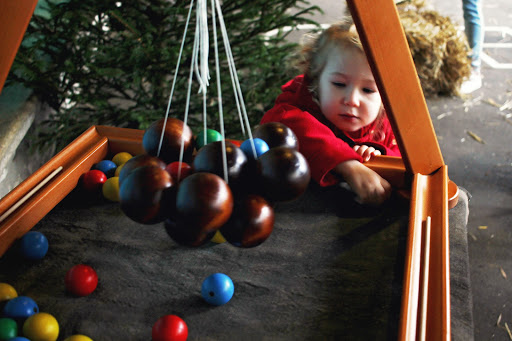 There was also a section of town that was dedicated to more of a Santa’s Village feel. We took our girls over and they got to meet Pere Noel, or “Papa” Noel as many children seem to call him. My oldest was very excited, but still a bit timid and my youngest cried (she’s only 10 months old). They were also selling gingerbread men and hot chocolate here that were pretty good.

The town has the Tour Cesar in the middle that can still be visited today. We met up with some friends and went to check it out. At the top, we had an excellent view of the town. We were able to watch some duels that were happening down below and could also see other festivities going on. 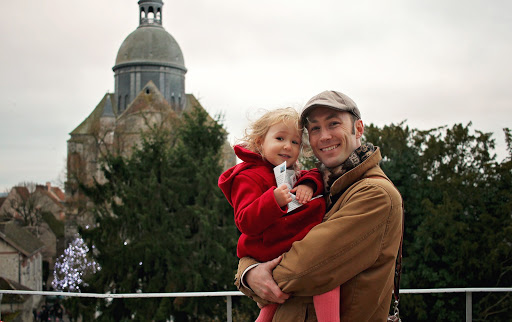 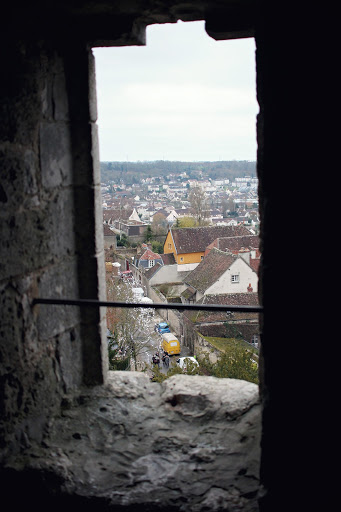 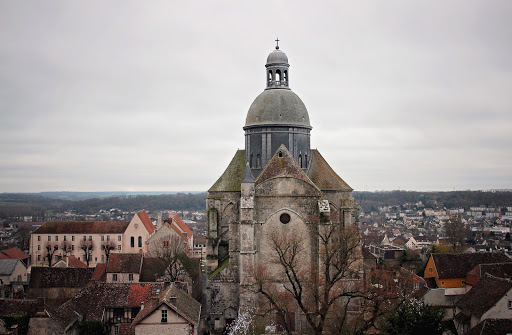 At one point, we went up some super narrow stairs to get to the very tippy top that were a bit nerve wracking. They were so narrow that both shoulders would touch the wall next to them. And we went up and down them while holding a toddler and a baby! It was definitely worth the climb though. The view was beautiful! 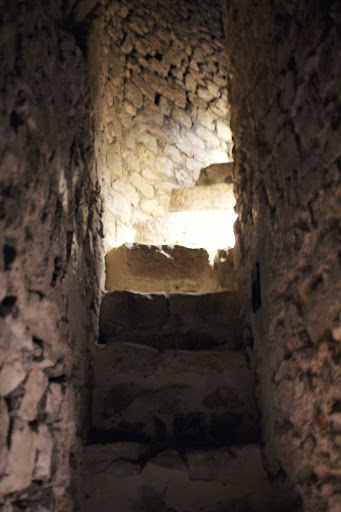 There was also a living nativity in the cathedral. At the end of our day, we went and checked it out. Unfortunately, we weren’t able to watch more than 20 minutes of it due to it being well past our girls’ dinner time. It looked like it would have been beautiful though.

We had a great time visiting Provins and had a lot of fun people watching and enjoying the festival.