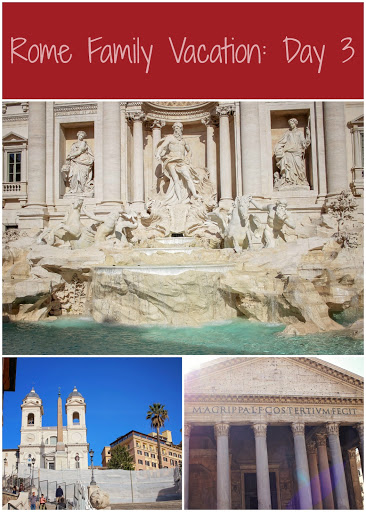 Our third day in Rome was spent seeing some of the smaller, quicker sights around the city. Our original plan was to see the Trevi Fountain, the Pantheon, a cat sanctuary, and a puppet store called Pinocchietto that was recommended by a friend.

I’ll be honest, this was probably my least favorite day. We saw some really neat things, but I feel like we didn’t plan our day as well as we should have, especially after such a fantastic day before in Ancient Rome.

We were able to do everything on our itinerary by the afternoon and then had a hard time figuring out what we should do next.

It was still a great day though and I did enjoy all that we saw.

We started off by going to the Trevi Fountain first thing in the morning. We took the Hop-on Bus there, which was a nice little ride.

The Trevi Fountain is built mostly out of Travertine and was completed in 1570. Legend has it that if you toss a coin in the fountain and drink the water, you’ll come back to Rome. Nowadays the water is recycled, but there are some cast iron pipes on the steps of the fountain that does have drinkable water.

The fountain was turned off and being cleaned when we first arrived, but luckily it turned on before we left. It was beautiful and London had a lot of fun throwing coins in and making wishes. We also got to fill up our water bottles from the drinkable water there, which was very nice! 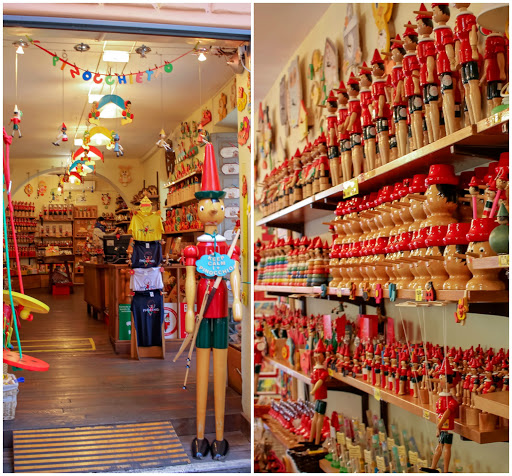 A friend of ours, Dustin, went to Rome awhile back with his family and found this neat wooden puppet store while they were there. It was just down the street from the Trevi Fountain and it was the cutest little store! While it had mostly puppets, it also had a few other neat little wooden toys. We ended up getting a little princess puppet for our toddler and a little wooden pushcar for our baby. 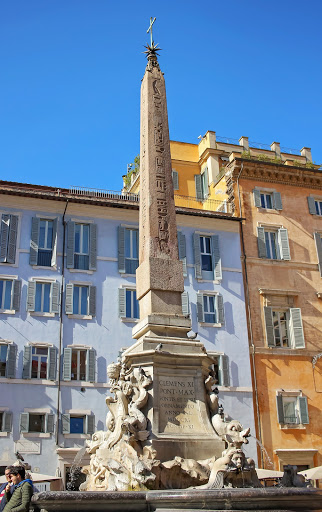 Next, we walked to the Pantheon and stopped to grab lunch on the way. We ate outside and enjoyed the fountain behind us and the Pantheon in front of us. The weather was wonderful the whole time we were in Rome and we really enjoyed all of our time outside.

The Pantheon was built sometime around 126 AD. In the Middle Ages, the Catholic Church converted it into a Christian church and since the Renaissance, it’s been used mostly as a tomb. Two of Italy’s Kings are buried there (Vittorio Emanuele II and Umberto I) and one Queen (Margherita). The tomb of the famous painter, Raphael, can also be found inside. 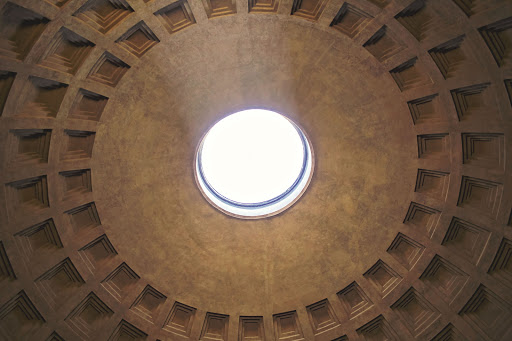 It was amazing being able to step inside and look up at the dome. We had another free audio guide by Rick Steves that we listened to as we walked around. It had some great information and really helped us to understand everything we were seeing.
Next up was the Cat Sanctuary at the Roman ruins of Torre Argentina. It took a long time to finally find it, and then we weren’t really sure what to do once we did. I love animals and especially cats. When I read about the sanctuary amongst the ancient ruins, I thought that it was a really neat idea and something that London and I would really enjoy. Once we got there though, it seemed like you could only look down at the ruins where the cats were, not necessarily walk down there. This might be how it always is, or perhaps it was closed off for the slow season (it was February after all), or maybe we just missed the entrance – I’m still not really sure.
Anyway, we saw some cats and we saw a place where people leave food for them, which I thought was really nice. A few cats were up at the top where we were so we did get to pet a few at least.

It was only mid afternoon at this point and we had already ran through all that we planned for the day. I had the thought of us doing some souvenir shopping but we weren’t really sure where to go for that (or what we were really even looking for).

We ended up walking down to the Flower Market, which is really more of just an open market. It had tons of dried spices, pasta, and other yummy looking food. We bought some dried mushrooms before continuing on our way.

We stopped by the Spanish Steps which were unfortunately under construction. It had a really neat fountain though that I got a picture of on one of our later days.

At this point, we started to head back to our apartment. on our walk back, we found the Column of Marcus Aurelius. It has a spiral of pictures going around it that tell the story of the Marcomannic Wars and is styled after Trajan’s Column. 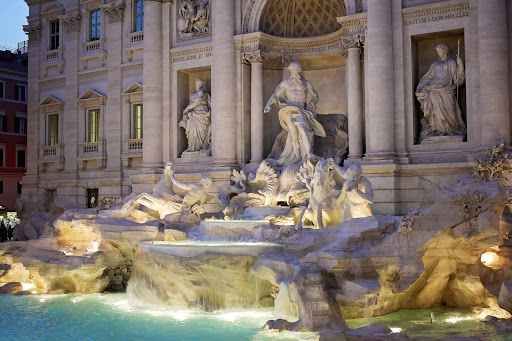 On our way home, we also stopped by the Trevi Fountain and the Pantheon again. It was really neat to see both of these at night. Trevi Fountain looked even more spectacular lit up for the evening and it was awesome seeing the Pantheon one more time.

While the day wasn’t as planned out as I would have liked, it was still a great day and one that involved seeing many wonderful sights.
For more information, check out:
http://www.trevifountain.net/
https://en.wikipedia.org/wiki/Pantheon,_Rome
http://www.romancats.com/torreargentina/en/introduction.php
https://en.wikipedia.org/wiki/Column_of_Marcus_Aurelius
Stay tuned for Day 4: Vatican City!