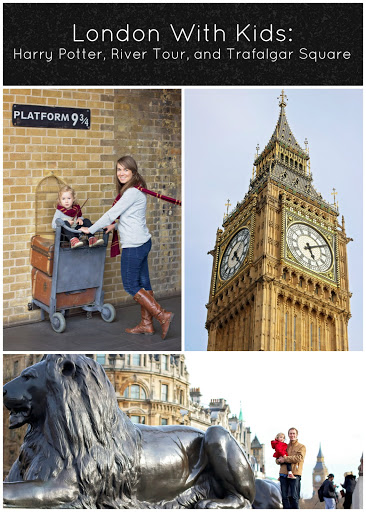 We took our family to London in April and had an amazing time! Our toddler has now repeatedly told us that she wants to live there (although a big part of it might be because of her sharing a name with the city…).

To help get our girls excited about our trip, we purchased the book, A Walk in London

, by Salvatore Rubbino (affiliate link). Our London loved it and we read it many times before bedtime prior to our trip. It really is a super cute book though about a mum and her little girl as they tour the city.

Anyway, the city of London was very family friendly. We were there for 4 days and there was more than enough to do as a family and even more things that we wished we could have had time for.

We took the Eurostar train from Paris to London. It took a little over 2 hours to get there and both kids were free (children under 4 are free but have to sit on your lap unless there are extra seats available at the time). We were lucky to be in a pretty empty train car on the way there – We were able to sit at a table for four and have plenty of space for us all. It was fairly comfortable and we had a pretty view outside the window.

We stayed at the Premier Inn in Southwark, London  (affiliate link) (near Tate Modern and The Globe Theatre). It was very nice and they provided us with a travel crib.

Our first day in London was great! Once we arrived, we visited Platform 9 3/4 (I’m a big Harry Potter

fan), took a short River tour up the Thames, and visited Trafalgar Square.

Harry Potter – Platform 9 3/4
Our train took us to the St. Pancras station, which is basically part of the Kings Cross station. We walked through until we found Platform 9 3/4 and also a pretty neat Harry Potter store. London and I waited in line (I’ve already told her about a few of the books and she was excited to see everything too) while Aaron stayed with the stroller and luggage. Luckily, Adeline was asleep in the stroller at this point so it was all fairly easy. Unfortunately (and maybe because it was a Friday afternoon?), the line was pretty long. We probably waited about 45 minutes, but I still feel like it was totally worth it.

There were workers there who kept everything organized, took photos, and explained how everything worked. Once it’s your turn, a worker helps pose you and they use their own photographer to take a photo that you can later view and buy if you want. You can also have someone in your group take a picture at the same time (free of charge).

London is so very shy, but was also really excited to get her picture taken and play with the wand and everything. I talked to the girl who was working at the time and explained all of this and she was so nice about it. She had me work with her to get London in a good position and then I stood just a few steps out of the frame while London did her solo picture. Aaron was able to come up and snap a few of our own photos as well. London loved picking out which scarf to wear and being able to hold a “magic” wand. It was so cute. Then London and I took a few pictures (she was very excited to sit in the actual cart) and then Aaron and I switched spots so he could get a couple too. I’m a little bummed we didn’t get any photos with Adeline, but at least she got a good nap out of all of this.

River Tour
From the train station, we took the Underground to our hotel and checked in. Once we had settled in a bit, we walked to the nearby pier (Bankside) to see what we could do as far as a river cruise goes.
When we went to Rome, we booked our hop on/hop off bus ahead of time and in hindsight, it was the one thing I wish we would have waited until we were in person to do since there were a ton of buses around the city and it took awhile to find the one we had actually booked.
With this in mind, we didn’t worry about booking an actual river tour and waited until we walked down to the closest pier to see what our most convenient options were.

We ended up hopping on a boat that’s more like public transport (I think you can even use your Oyster card or at least get a discount with it), but it also had a bit of a tour with it. We were able to get an amazing first look at the city as it took us up by the Tower of London and then circled around and went down to Westminster.

There were a couple of stops where people could hop on and off. One was at the Palace of Westminster and we decided to get off there to see Big Ben and walk down to Trafalgar Square.

The girls were both great on the boat and it was an amazing first look at the city (the kids and I had never been to London before this).

It was a very nice walk from Big Ben to Trafalgar Square and we got to see a few sights along the way.

Trafalgar Square
Trafalgar Square is a public square in Westminster that commemorates the Battle of Trafalgar.  This battle took place 21 October 1805 off the coast of Spain and was a British victory in the Napoleonic Wars.

Nelson’s Column is in the center with four lions around it.

We really only checked out the column, but it was pretty neat. Originally, we all thought the lions would be more at ground level and that you could climb them (probably because of London’s book…). In fact, while it seemed okay to stand on the wall next to the lions, people were constantly told to get down if they actually climbed the lions. 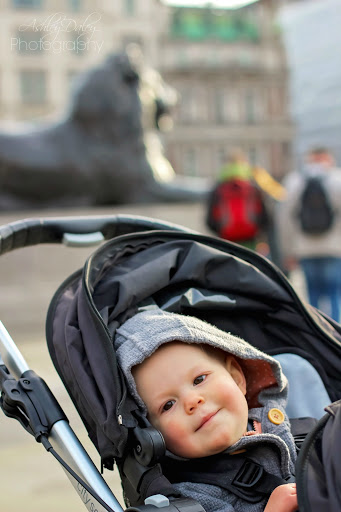 We ended our night by getting dinner at Covent Gardens. We were in a bit of a rush so we didn’t see much of the street performers (and I didn’t take any photos at all), but there were definitely lots of options for food (we got hamburgers). Also, the public bathrooms were great with even a toddler potty and a nice changing table (they do charge 1 euro to use though).
Our first day overall was very nice and we were excited for the rest of our trip! 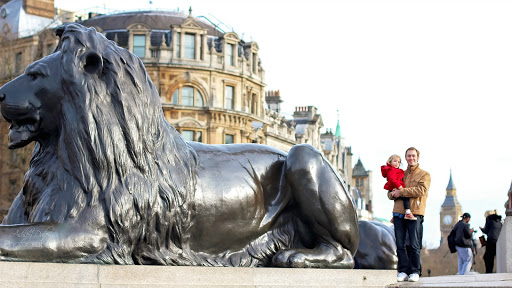 Please note that this post contains affiliate links. At no additional cost to you, we earn a small commission if you make a purchase. If you are ready to make a purchase and would like to support this website in some way, using these links will help do exactly that. Thank you for your support!